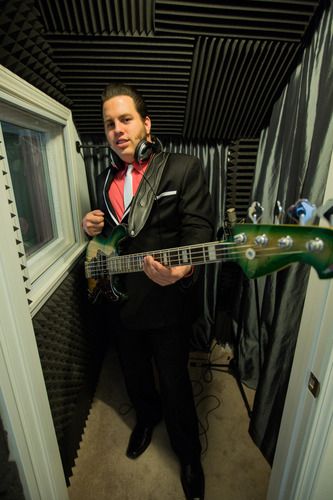 Eddie Stephens - Bass - Keyboards -Lead Vocals - Backing Vocals Eddie has been a musician since September 1994 and started on violin when he was 11 years old in the 6th grade at Alondra Middle School, (Paramount, CA). Shortly thereafter, he started on the acoustic bass. He received his first electric bass in January 1997 and has grown ever since. Eddie turned pro at age 16 in 1999. Eddie is a multi-instrumentalist performing regularly on: 6-string electric bass, 6-string frettless bass, 5-string electric bass, 4-string stand up bass, electric guitar, acoustic guitar, piano/keys, and percussion. He is now proudly endorsed by Spear Guitars USA. Eddie has also been known to pick up a tuba every once in a while. His music has taken him from L.A. and Orange County to Afghanistan and Kyrgezstan when he had the honor of performing on a USO tour for the troops. Some of his credits include: Bo Diddley, Pilita Corrales, Joey Albert, Charice, Tierra, Thee Midniters, Little Willie G, The Mandrakes, Soto, Rhythm Devoted, and more recently the Filipino American Symphony Orchestra (FASO). He performs all different styles of music with many different groups all across Southern California and specializes in reading music, (including sight-reading), and singing strong backing vocals and occasional lead vocals. He is also an accomplished sound engineer having done live audio for major concerts as large as 5,000 people. You may view his personal site at www.eddiestephensmusic.com Email: Eddie@DeLoreansBand.com 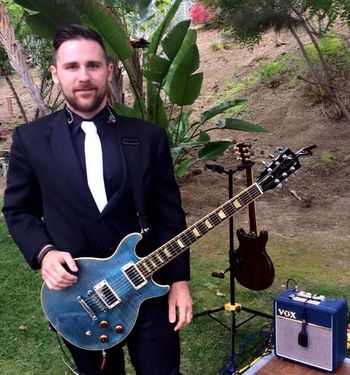 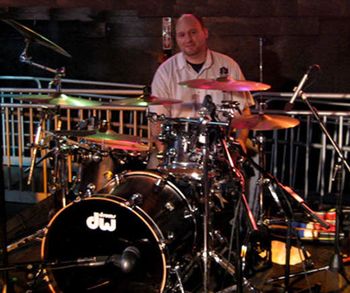 Kevin Arnett - Drums Kevin began beating on pots and pans at the age of 2 before moving onto cardboard boxes and then the drum set in 7th grade. Kevin was drum captain and lead snare of his high school marching band and primary drummer for the jazz band which represented the USA with a international tour through Switzerland. Throughout the years Kevin studied with drumming great Evan Stone and inspired by the drumming of Teddy Campbell, Carter Beuford, Gary Chaffee, Dennis Chambers, Stewart Coplan, jo jo Mayer, and many others. You may have seen Kevin perform with such groups as Marmalade, The Blue Note, Uncle Funky, Red Rock Garden, The Limericks, and many other performing groups over the years. He also works as a freelance musician on various musical projects. Email:Kevin@DeLoreansBand.com